The fondue party on Tuesday night at Nick’s house in Ballard was tons of fun.‚  Nick had been to several of our weekly dinners so it was his turn to host one himself.‚  The man went all out, inviting 15-20 people to his party, having two cheese fondue pots, two meat fondue pots and a chocolate fondue pot for dessert.‚  I had an awesome time, as you can see below. 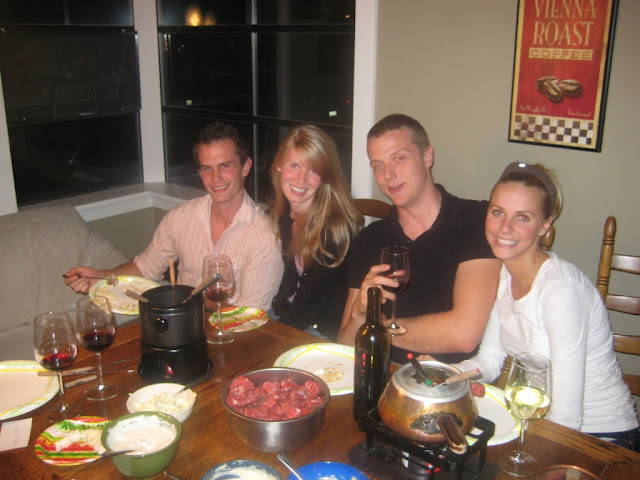 I made a joke that I was the King that night: I had a pretty girl on either arm, two meat fondue pots in front of me, more cheese and chocolate fondue pots not pictured and a tasty glass of wine.‚  Oh yeah, and some random dude squeezing his way in over on the left ;). 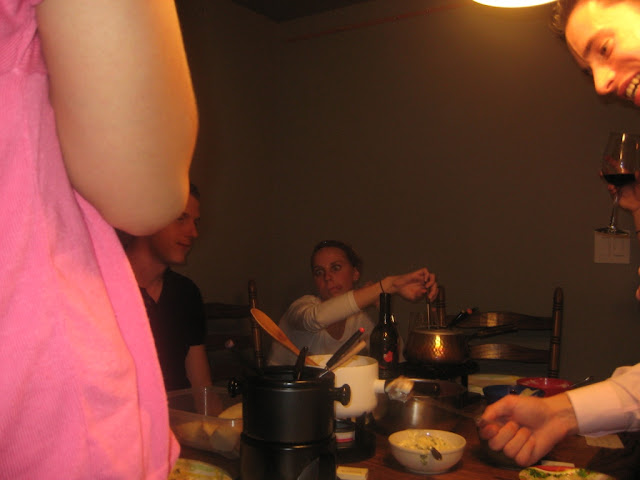 Talking may way out of wearing Cougar gear… I lost a bet with Katie (below).‚  We now have a new bet- if the Huskies beat their opponent by a larger margin than the Cougs this weekend, I win and Katie has to wear Husky gear next weekend.‚  If the Huskies don’t… then I have to wear Cougar gear for the Apple Cup (god forbid). 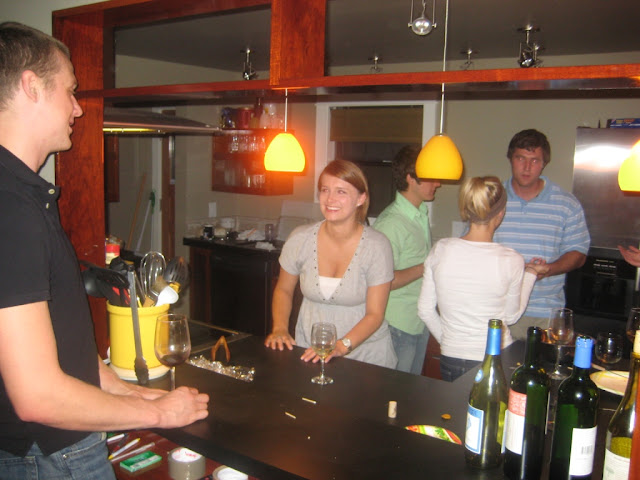 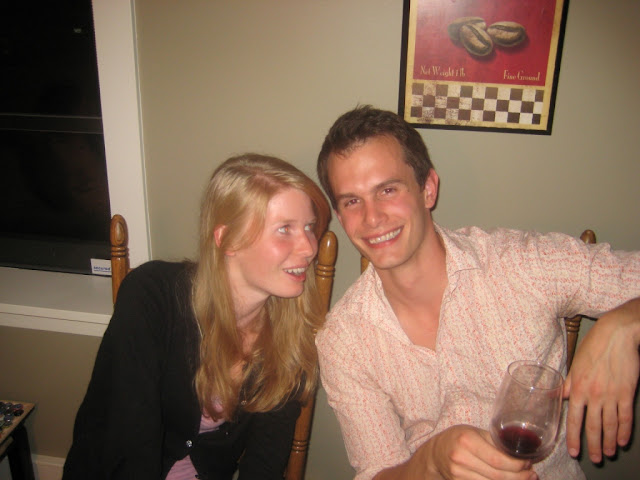 The gracious host of the evening, Nick. 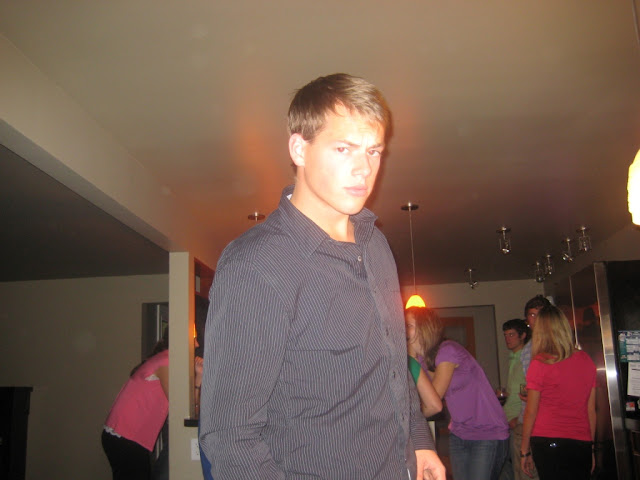 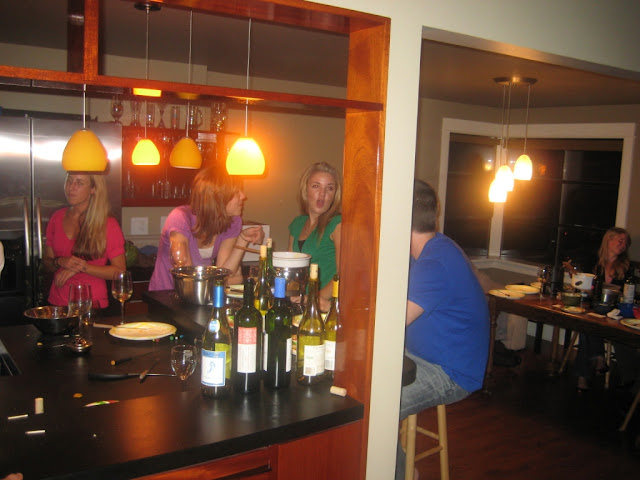