My friend Nick and I went to Fremont’s Oktoberfest on Saturday night. We tested a bunch of beers and had a ton of fun.

One funny story: A cute Hawaiian girl came up to Nick and I while we were wandering around and held up a token to get a beer and said to Nick, “I’ll give this to you if you kiss me on the cheek”… about .04 seconds later I gave her a kiss and held out my hand for the token. She replied, “I didn’t mean you, I meant him (indicating Nick)” HAHAHHA… burn. Nick gave the kiss, and got the token and the girl’s phone number. Good times.

Another funny thing was the size of the beer mug they gave us for Oktoberfest:

Something tells me that the real Germans with their real Oktoberfest know how to make a real beer mug.

The Fremont Oktoberfest had a couple of live bands playing along with an area where you could go dance and tons of booths to visit. 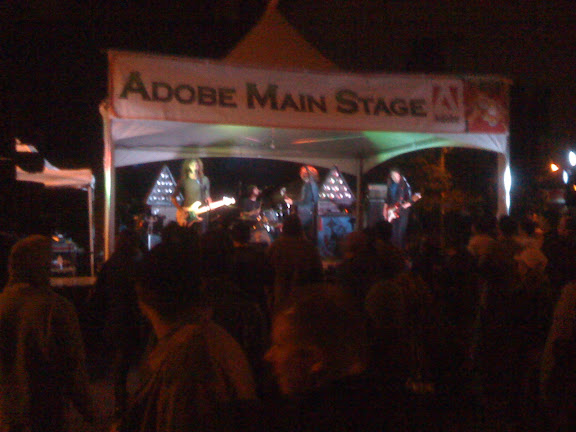 I had tons of fun and will definitely visit the Fremont Oktoberfest next year. The only bad part of the whole evening was that my stinking car’s starter died and I had to have my friend Tara come pick us up at 1 am to get a ride home. The next day, my stepdad Claude Otyson was kind enough to come up and give me a hand with my car. He helped me run some tests, then push start it and followed me as I drove over to the Firestone to get it repaired.