I think that the best thing Donald Trump has done during his presidency was to retract his decision to bomb Iran. 15 years ago I would never have said this.

I have been reading about the Eastern front in world war II. I cannot imagine worse horrors then what happened there.

Thousands of villages were burned for civilians in them. Fathers had to watch daughters and wives be raped as an every day occurrence. People froze to death, starve the death, and were murdered in the millions. Human life was completely worthless. You could be killed on nothing more than a small suspicion or if you an into sadist (and the war made a LOT of sadists). This went on for years and years.

The number of dead boggles the mind, it’s beyond anything any of us can understand. Over 70 million died. How many is 70 million? University of Michigan has the biggest stadium in the world, seating 110,000 people. Imagine their stadium full to the brim with people, then everyone getting murdered. Then refill it and murder them all again. And again. Again. 700 times. That is still extremely hard to understand the enormous quantity. 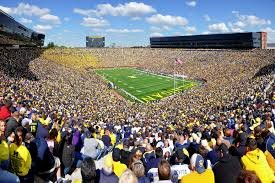 In Germany alone, an entire generation of men ages 16 to 32 died. When the Russians took Eastern Germany two million women were raped, sometimes for years. When the Germans were taking territory in Russia, they killed millions of people and brutally repressed populations.

Or think of it this way – if every fourth person in the United States present day was killed. You probably know around 1200 friends and family. Picture 400 of them murdered.

Modern war is not a war of heroics like movies make it seem. An individual cannot make much change at the scale that war happens now. World war II was won by sheer factory output and better logistics to get millions of tons of weapons, ammo, food, gas, etc to the front lines. Germany’s military was crushing all opponents until they overextended their supply lines at Stalingrad and their elite Sixth army ran out of gas literally. A tank can’t do anything without gas. People can’t fight without food. They had the surrender. The Russians sent all the prisoners of war to a gulag where hundreds of thousands of men were murdered. Only 5,000 men ever made it home from those gulags.

Americans have an idealized vision of war as how the movies portrayed it full of heroes. The Japanese and Germans however after world war II were extremely anti-war because they had seen their cities burnt to the ground, mother’s raped and murdered, and starvation on a massive scale. The Russians bore the brunt of the war, Americans many times don’t realize that D-Day was not launched till AFTER the Russians had retaken thousands of miles and actually were in Germany itself. The Germans only had old men and young boys using old equipment without much fuel in France and on the Western front. We did not experience the full horror of war, it was thousands of miles from our country and even though we still had tens of thousands of men die, it was nowhere near the tens of millions of soldiers and civilians on the Eastern front.

If you visualize yourself as a father of children in Eastern Europe, as a soldier on the front lines of an immense meat grinder, or as a woman of any station during this time and think about what it was truly like, you will shudder in horror.

There is a very good reason why after world war I the league of Nations was started, and why after world war II the United Nations was started. Everyone on the planet recognized the absolute horror that war had wrought. We have had 70 years of peace and prosperity now, but all the people with real memories of world war are dead. Now we have war mongers and conspiracy theorists and other idiots pushing as hard as they can for a new global war.

We should stop glorifying war and be extremely sober and serious. If an evil leader like Hitler rises again we need to crush them early. Don’t wait till they are at the head of armies, it would be better to assassinate an individual then to see millions of innocents die again. It is far better to have restrictive international organizations like the EU and the UN that have power to limit nations then to risk war.

One thought on “War Is The Worst Horror”