Austin is nice.  Good Barbecue and nice people. Home to University of Texas, a great school with cutting edge buildings.

I just don’t really get the whole Texas pride thing yet. Everywhere I go I see Texas this and Texas that. Even the cars license plates have Texas written on them in a font almost larger than the number itself. Don’t ask me how the cops catch anyone; they probably just figure if you’re from Texas then you are A-okay. As if the license plates weren’t declaration enough, 10% of the cars have some big decal with a braggadaccio sticker about why Texas rules on their rear window.

Every country song I’ve listened to has gone on and on about Texas and what a wonderful place it is.

I even went to the Texas History Museum, which was bigger than any state museum I’ve ever seen even though it only houses 150 years of history. I paid $10 to watch their imax movie that was only 45 minutes long and mostly consisted of weak videos of people riding horses in the country.

I just don’t get it. Does the whole state have small penis syndrome?

I didn’t see that much to be super excited about. The museum said that Mexico didn’t want Texans moving in (actually set up a border patrol to keep them out initially). The Americans didn’t want Texas either until they got scared Texas was going to make a pact with Great Britain.

As I said, the BBQ is good and people are nice. Maybe I need to spend more time here and let the constant “Texas Rules!” propaganda change my mind.

Each photo below will have my caption underneath it. 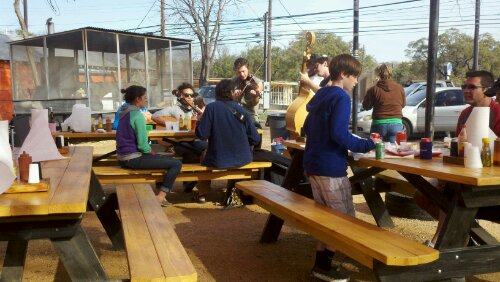 Best rated BBQ place in Austin: JMueller’s BBQ.  I had the good fortune of listening to a talented folk music band while there. 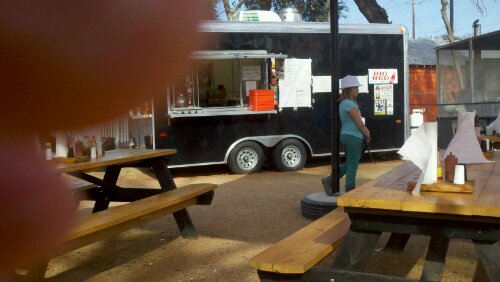 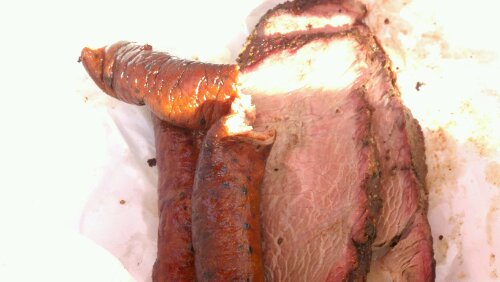 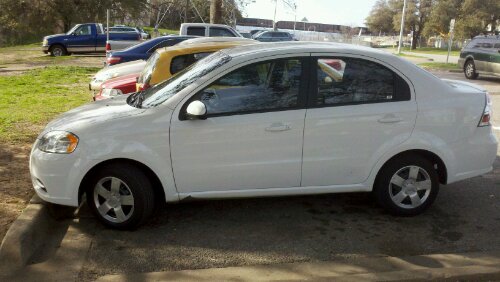 My tiny rental car, a Chevy Aveo.  I probably should spend a few bucks more next time and get something less rattley to drive. 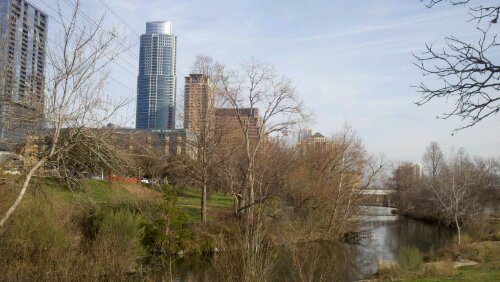 View of downtown Austin from the park on the river just south of it. 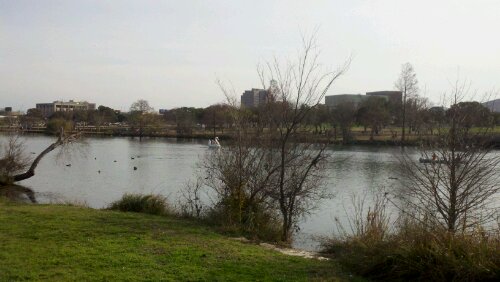 The river running to the south of Austin. 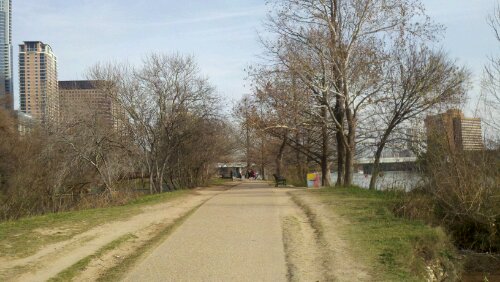 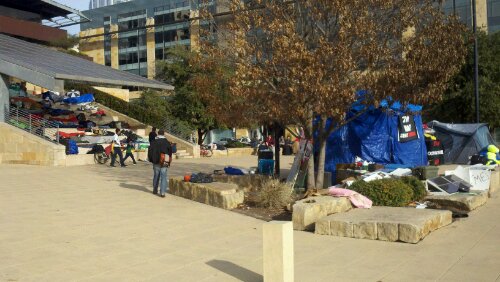 Occupy Austin hard at work.  I thought all the Occupy encampments shut down? Someone should let these guys know. 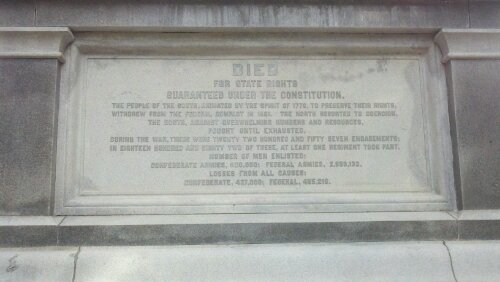 Statue to the confederate war dead from the Civil War.  Note proclaims that the North broke the Constitutions rules by not letting them secede. 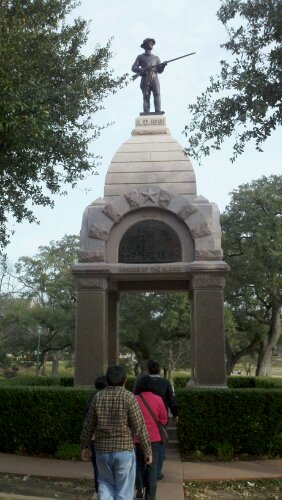 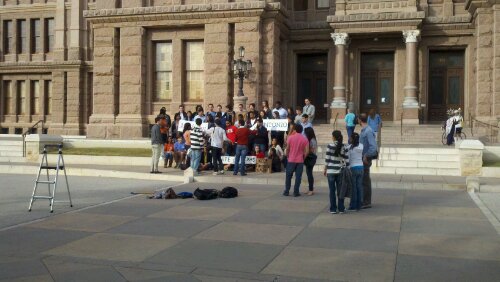 People protesting in front of the capitol building. 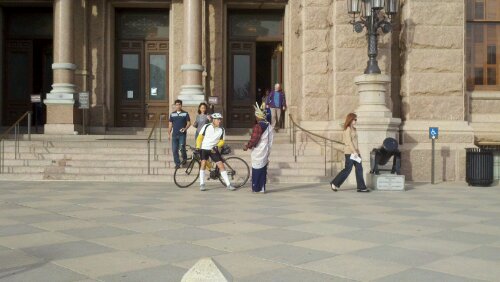 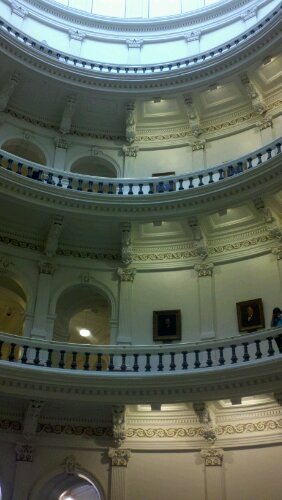 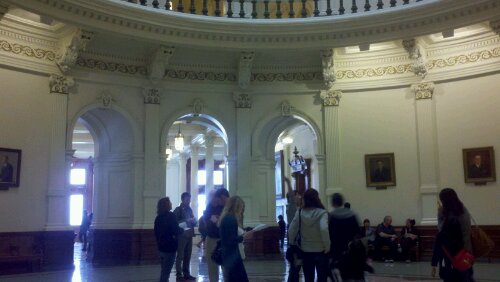 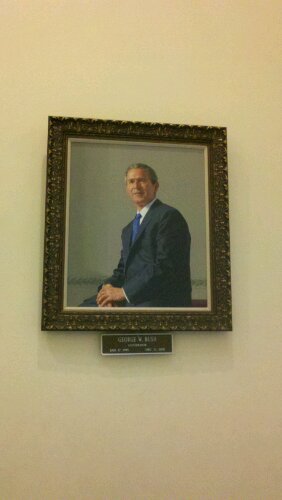 The legendary Texan himself. 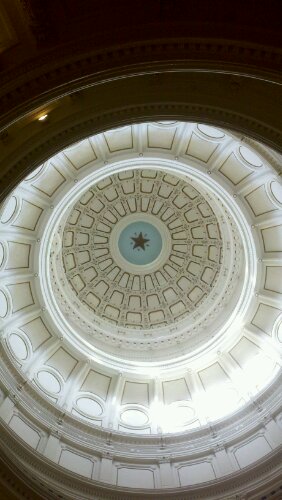 Roof of the capitol building featuring the Lone Star. 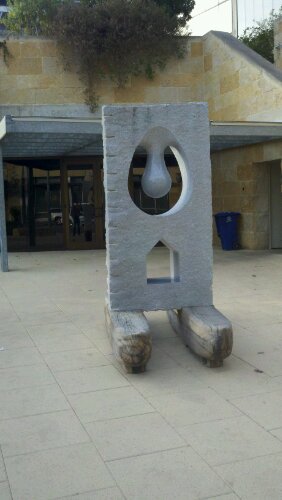 The thing in the back of your throat, memorialized in granite. 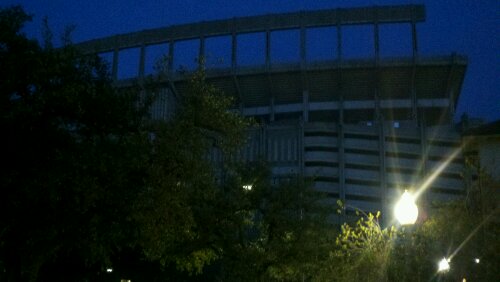 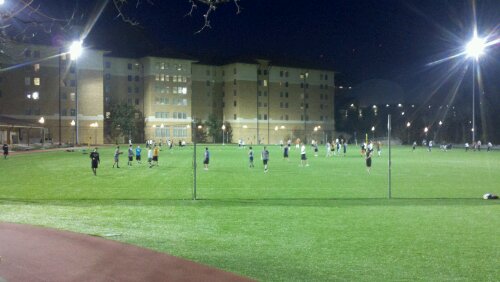 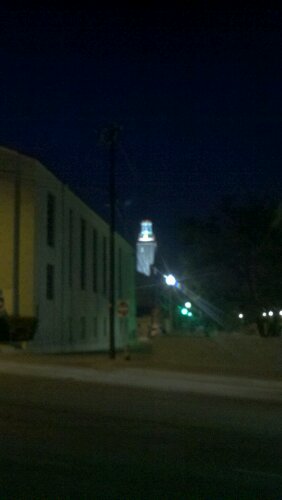 The clock tower a sniper killed people from a few years back on the UT campus. 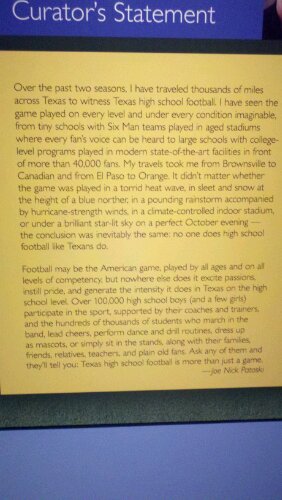 Special exhibit on football at the Bob Lubbock Texas Museum of History. 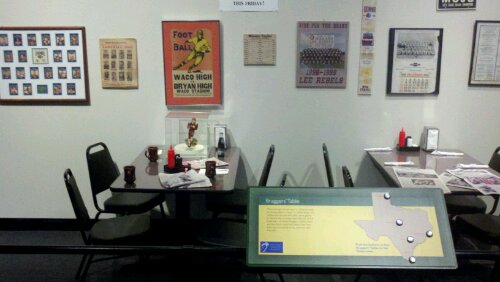 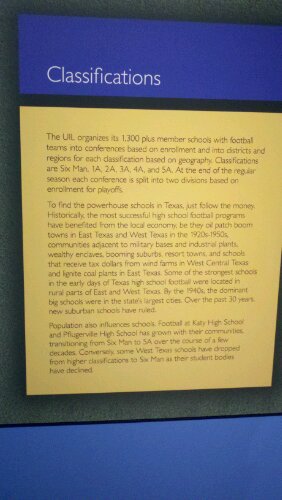 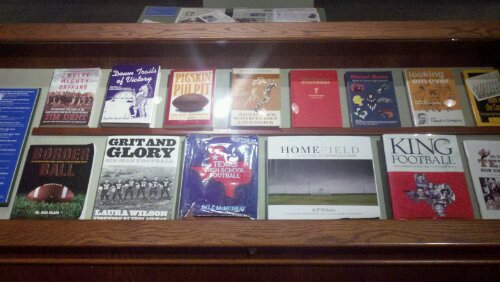 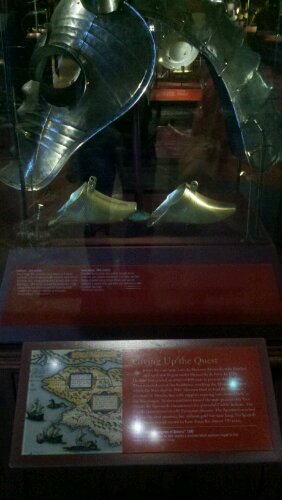 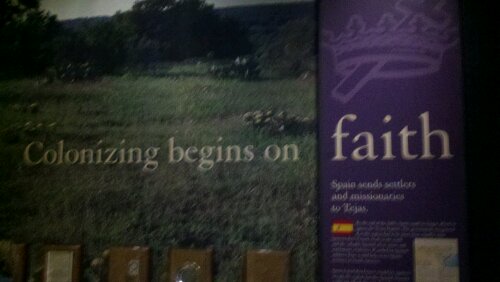 Religion is shamelessly tied into all of the exhibits in strange ways. 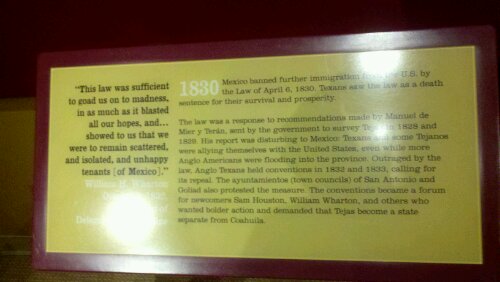 Exhibit discussing how Mexico wanted to keep Texans out 150 years ago.

One thought on “All Texas’d Out”