The Snoqualmie Tribe recently received recognition by the federal government with the sole goal of building a casino near Seattle.‚  In 1996, greedy investors approached the few Snoqualmie tribe members living in the area and set up a deal with them to get them recognition as a tribe (done in 1999), get them a reservation (done in 2006) and get them a casino (opening in a few days).‚  The entire reason the 600 person Snoqualmie tribe decided to band together was not for historic or tradition, instead it was to rip off elderly Washington State citizens who don’t realize how incredibly dumb gambling is.

Gambling is banned for a reason in most states: it takes money from people who are either too stupid to realize what a waste of money gambling is or who are too desperate and sad to do something more productive.‚  Gambling is not an entertainment, instead it is an addiction.‚  People get a weird thrill when they win and feel anxious to win back money when they lose.‚  Just like the house always ends up winning more money than it gives out, the casino gves people more misery than joy.‚  Foolish elderly Washingtonians will spend their Social Security checks in the Snoqualmie Tribe’s Casino, poor blue collar workers who don’t know the math behind gambling will lose their children’s food & vacation budgets and lonely people desperate for a cheap thrill will get sucked into the addiction that is casino gambling.

Not only is casino gambling an evil industry, but it is an industry which should not exist in Washington State anyways.‚  Even as a person who is part Cherokee, I hold a very strong opinion on the special rights American Indians are granted in the United States: they should not have them.‚  Most countries that conquer a territory and settle its citizens in that territory do not allow the former inhabitants any special rights.‚  The Snoqualmie Tribe, the Puyallup Tribe and all of the other tribes should receive no special rights above normal United States citizens.‚  Giving American Indian tribes special rights (fireworks, gambling, tobacco) not only is racist and discriminatory, but it leads to the harm of the very tribes it is meant to help. 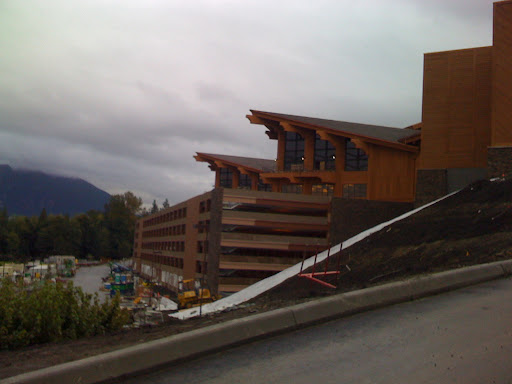 The Snoqualmie Casino is an enterprise founded in greed and disregard for human life (both of Washington citizens and Snoqualmie Tribe members) that is going to be a blight upon our area.‚  The close proximity of the Snoqualmie Casino to Seattle and other very wealthy neighborhoods ensures that it will make a fortune, but at what cost to our society?‚  The Snoqualmie Casino will hurt the individuals, families and social groups of everyone involved.

What is the solution? Very simple: treat all American citizens equally. Do not give special rights and access to any class of people based on race, religion, or sex.‚  Doing so furthers divisions between these classes and leads to a miserable society.‚  Segregating American Indians on reservations and giving them special rights and money just because of their race violates every american principle of individual freedom.‚  The argument that “the white man took American Indian land” holds no water.‚  The white man also took one heck of a lot of land from Mexico, including large swaths of Texas and all of California… why don’t we declare those states “Mexican American Reservations”?‚  When one country conquers another, it has every right (and one might argue duty) to assimilate the people in the new territory fully into its own system of government.‚  Keeping seperate classes leads to racial hatred and strife.‚  The Snoqualmie Casino will continue to cement class differences in America and will lead to the eventual corruption and downfall of the Snoqualmie Tribe.

Anyone who believes in racial equality in America should boycott the Snoqualmie Casino.