This post is a recounting of my experience with Regence Blue Shield of Washington (www.regence.com). A horribly unpleasant experience. At the moment we’re still working through this experience. But it contains some information worth sharing, some cautionary tales, and some personal opinions on healthcare in the US today.
To be fair, the insurance industry has a reputation as being uncaring, incompetent, and semi-corrupt. I think most Americans can acknowledge that the insurance status quo is maintained because they are extremely wealthy and able to contribute to the best government money can buy. Because I thought that before this started, I should’ve assumed that everyone at Regence I talked too was incompetent at best, and dishonest at worst. But I didn’t, blindly believing in their training processes, state regulation, and their own oversight and auditing. Too late we realized that Regence and other insurance companies have a lot of ability to do what they want, and the idea of TRUE regulation outside of egregious violations is a farce. They’ve bought and paid for their own regulators and government oversight from the national level all the way down to the state level. 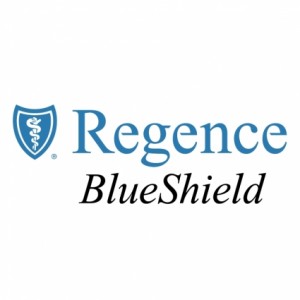 A few statistics to support that line of thinking:
1. According to a report by Health Care for America Now, America’s five biggest for-profit health insurance companies ended 2009 with a combined profit of $12.2 billion. (Note, this is just 5 of the top health insurance companies, not even close to all of the for profit companies and is also 3 years old).
2. Experts on the Obamacare legislation say the biggest winner was private health insurance companies. Key elements of the legislation that would have proven detrimental to their profitability were cut. American Health Insurance Plans, a super lobby, was estimated to have spent nearly $130 million dollars influencing our government on the final bill. (That’s right, $130 million for one bill).
3. AETNA was estimated to have spent $43 million in California alone on state lobbying efforts in 2009. (One state, one year).
Now you get a sense for how influential the insurance companies are. And how insignificant the individual policy holder really is. With that frame of reference, my story begins.
My wife and I decided to try for our first child in the fall of 2011. In early November, we found out that our first little one (Clara) would be a reality. Immediately, my thoughts went to healthcare coverage. I knew pregnancy can be an extremely expensive healthcare cost. After shopping around, we found a Regence plan called ‘Evolve Plus’ that offered maternity coverage. I knew there was a concern as to whether or not pregnancy was treated as a pre-existing condition in Washington state and called the Regence customer service line to confirm that the Evolve Plus plan would in fact cover my wife’s pregnancy. The customer service representative assured me that pregnancy was covered under the plan.
In December, our coverage was activated. For the next 8 months, we blissfully paid the nearly $300 private premium, paid towards the deductible, and generally didn’t blink an eye towards our insurance coverage. On June 30th, 2012, Clara Loux was born at Good Samaritan hospital in Washington. It was a really amazing experience, and one that is certainly worth any financial cost. I don’t regret having her, and wouldn’t change a thing about having her when we did.
Shortly after her birth, I called Regence to get her added to my wife’s coverage (something we were told we would need to do). Almost immediately after opening this line of inquiry, a helpful CSR who we’ll call M, informed me that my plan covered pregnancy, but not delivery. While the original CSR was correct in that all the prenatal costs for my wife were covered, the actual delivery itself was not covered as it was a pre-existing condition.
Yep. You read that right.
Insurance companies make a distinction between pregnancy and delivery. In the manual its prenatal and postnatal. To me, that seems like a very fine line to draw. Very few pregnancies in the United States that are carried to term end in an outcome other than delivery (whether by vaginal delivery or C-Section). To me, that also seems like a very important line to draw. Up until delivery day, my wife and I had spent nearly $3,000 out of pocket between our deductible and insurance premiums. Regence had covered around $1,700 in costs (that’s right, I could’ve just paid out of pocket and saved $1300). Paying for a low deductible health insurance plan is NOT worth it if they’re only going to cover the prenatal bills (this of course could be different in more problematic pregnancies). Whomever that first CSR was, should have been trained to make that distinction (as M did too late).
Immediately, I started to have alarm bells go off. I knew delivery was expensive. And I knew that Regence was not likely to err in my favor due to a customer service reps incorrect use of terms and lack of clarity. Needless to say, we have an appeal open with Regence now over the $14,000+ in medical bills that should’ve been covered in large part by our insurance plan (one of their premium private plans, mind you). We spent numerous hours on the phone with M and with her direct supervisor trying to get it resolved. We still haven’t heard back on the final appeal status, but we are getting plenty of bills from primary care physicians, pediatricians, the hospitals, anesthesiologists, etc.
Now a few key facts that are worth establishing and are the basis of our appeals:
1. Insurance company CSRs are NOT insurance agents. They’re not supposed to make any recommendations on any plans or coverage.
They are allowed to offer clarification and definition on plan coverage and features. Insurance agents are more regulated then CSRs because they sell / promote specific products. CSRs do NOT have the same training or expertise or oversight that agents do. Fundamentally, an insurance company should have an obligation to ensure that anyone speaking to the public is trained properly. To that end, Regence CSRs should never be speaking to anyone outside of Regence customers. Frankly, I’m not sure that Regence CSRs should be allowed to answer any questions on the phone, ever (our fiasco with Regence extends beyond the delivery room).
2. Regence Blue Shields CSRs do speak to the public (policy holders or not).

The Regence website is pretty to look at, but has the fatal flaw of allowing non-policyholders of speaking to their CSR teams (the same teams that aren’t regulated, aren’t trained, and aren’t supposed to be offering anything more then linear information). Their help section / contact us section on the website allows this to happen. Regence also allows people to create accounts after they’ve applied for a policy but before that policy has been accepted. This put my wife and I in the incidental situation of asking questions to this uninformed customer service team.
3. Regence Blue Shield CSRs do make recommendations, just not explicitly.

Legally, they can’t tell you that one plan is better then another. But they can say that this plan covers X and this plan doesn’t. They can say that this plan costs X but this plan costs Y. In everything but the explicit word alone, CSRs seem to have the ability to act as sales people / insurance agents. If they say, “Plan Y is better for you”, that’s a violation of rules. But saying “Plan Y covers A, B, C, and D, which you’re asking for,” is not an issue.
4. Regence Blue Shield CSRs are not trained to make specific clarifications (pregnancy vs. delivery, prenatal vs. postnatal).

From the two CSRs and one supervisor, I spoke to during the wind up for our appeals, this type of information is regularly passed onto the unsuspecting public. They don’t receive training to make the necessary distinctions that will help consumers make the right decision but still do anyways.
While I don’t have much faith that Regence will do the right thing here, I do feel that they should be held accountable for these flaws. Coalition, the small business that I work for, has well documented processes and training manuals that are constantly being improved upon. At 3 years old, we have not had a single instance in over twelve months where a customer felt they were told one thing and then contracted for something different. Regence makes a lot of money, has been around far longer, and serves a much larger audience. I have a hard time believing their process oversight shouldn’t be something they can be liable for. In matters of finance and matters of health, a company should never be allowed to slide with broken training and broken systems and inaccuracies in terminology.
As I’ve hinted at, our saga didn’t end there-
In late July, when it became apparent that Regence was at best suspect, we decided to change our healthcare coverage with them (we didn’t want to cancel fully since I’m not convinced that it could bias our appeals process). We called in and spoke to another CSR (this time we noted date / time / name). We gave her the specifics of the plan that we wanted to move to, and stayed with her on the line till it was done. A week and a half into August, we got a bill for missed payment. We knew we hadn’t missed any payments since they auto deduct from our bank. After calling and talking to another CSR (see a common flaw in Regence yet?), we found out that they had never switched us to the right plan. Once again, we stayed on the line until it was resolved. In late August, we got a bill from Clara’s pediatrician, noting that Regence said she wasn’t covered by any plan. You guessed it, the last 2 CSRs had not only managed to not switch Clara to the new plan, they had managed to lose her from coverage altogether. After another hour on the phone this morning, I’ve been told that ‘Membership’ (a new department) was moving the case to ‘escalation’ and we’ll get the back coverage sorted out and future coverage issues resolved. Needless to say, I’m not all that confident.
Anyways, all of that to sum up a few key learning opportunities for anyone looking at Regence or another insurance provider:
1. Assume that you’re not getting the full story. Do your own research. Talk to more than one person. Talk to friends and family. NEVER trust the insurance company at face value. The internet is only marginally helpful and contains lots of inaccuracies. Talk to an insurance agent. Talk to another insurance agent. Talk to the CSRs. Talk to your mom and dad. Talk to more people.
2. Document everything. Insurance companies won’t do much for you unless you have proof. Note who you talked to, what # you reached them at, what date, what time, what you talked about, and be as specific as possible in note taking on what they say. If possible, record the insurance company representatives (seriously). Of course you have to tell them, but hey, they ‘record your call for quality assurance’- why can’t you keep your own recording?
3. Don’t trust them to do what they say. As we’ve experienced with Regence, most of the people on their ‘teams’ just don’t seem to be able to do the job right the first time. Yes, its an inconvenience, but call back later and talk to someone different to verify the results / outcomes.
4. Remember, in the end, they’re still going to be making a hell of a lot of money. Hopefully by following these guidelines, you are able to be one of the few people who actually cuts into their profit margins. But aside from you, there are millions of others who are blindly being screwed by their insurance company. Try not to be one of those guys.