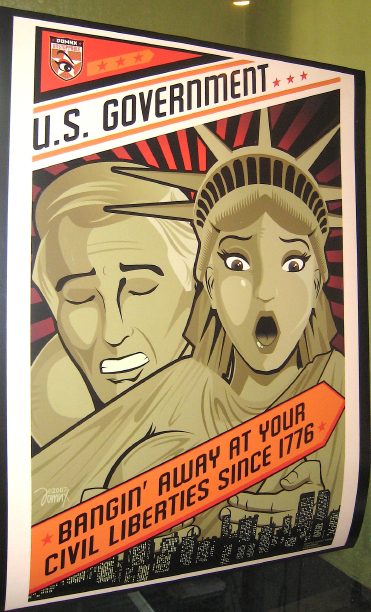 Now that the United States government has cast aside its free market ideals in the wake of the subprime mortgage & credit crises, it is planning on expanding its reach from just banks to auto companies and perhaps ailing steel and airline companies. General Motors, Chrysler and Ford are at the front of this line of poorly managed companies begging for bailout cash. Instead of allowing these terribly run companies to fail as they should, the corrupt politicians in Washington are going to take enormous amounts of money from good business owners and citizens and hand it over to the auto companies so they can shovel it into their cash burning furnaces.

Now that everyone in America has seen Lady Liberty get bent over the log by Uncle Sam and his buddies the bankers and insurance companies, everyone else with even a little bit of power is lining up to take their turn reaming taxpayers. Sadly Lady Liberty doesn’t have enough love to spread it around to everyone and our beloved country will be facing financial ruin before too long.

The people in power: the politicians, the bankers and the top executives in the United States have failed to uphold the principles that this country was founded on and now our country is sliding down a steep and dangerous slope. We started losing our economic freedoms a long time ago, but at no time in our history have such major cornerstones of the free marketplace been destroyed so quickly. The U.S. government has invaded the free market at an unprecedented scale and the major CEO’s have not stood up for the free market like the great Americans of the past (Rockefeller, Morgan). Instead, the top executives have taken the short term view and greedily taken the cash offered by the government without thinking about the chains that come with that blood money.

I think a big part of the current incestuous, corrupt relationship between government and business began with one venerable company: Goldman Sachs. Many of Goldman Sachs top executives have gone to work in top positions in the government and many former top politicans have gone to work for Goldman Sachs. The foremost example of this is the United States Treasury Secretary Henry Paulson, one of the most powerful men in America. He grew into his own at Goldman Sachs and before he became the Treasury Secretary, he was the CEO of Goldman Sachs. Treasury Secretary Henry Paulson was one of the big reasons that oversight on the leverage investment banks were able to use was removed. The removal of transparency in the leverage in these markets was a contributing factor to the collapse of the credit markets. As a major businessman, Henry Paulson should have defended the freedoms of the market when the going got tough, but instead this corrupt turd spearheaded the effort to bailout the markets. He even looks evil (see right).‚  Now the bailout is not going to stop at the banks, but it is going to go out to all the poorly run American businesses. In the future, you will see many more American companies run by corrupt politicians begging for handouts instead of strong businessmen who know how to earn a profit and improve the country.

Who is going to be the people giving the cash to these corrupt politicians and failing businessmen?

You and me.‚  The government takes our earnings at the point of a gun and calls it your civic duty- “Pay your taxes”.