Life is filled with pretty serious stuff. Wars, illness, the environment, daily commutes, relationships. The stress of modern life can build up. Give your mind a break with some of the best stand up comedy out there. Comedians turn the serious aspects of life into a hilarious respite from worry. They say the things the rest of us can’t, or shouldn’t. So enjoy. 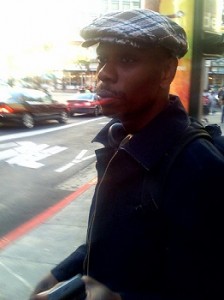 Laughter is truly the best medicine, but remember some laughter is best reserved for the right time and place. These clips are definitely NSFW.

Dave Chappelle is one of those comedic geniuses that comes along once in a generation. His wit and humor feel, at once, effortless and brilliant. While his star burned so brightly that he nearly disappeared, he is, without a doubt, one of the best of all time. It makes it almost impossible to pick just one of his many incredible clips (pancakes with Prince, anyone?) but his riff on the projects is one of the best stand up comedy pieces of all time. Check it out here.

John Mulaney is one of those comedians you recognize from somewhere but just can’t quite place it. He was a writer on Saturday Night Live and helped create the popular character Stefon. You may recognize him from his self titled TV show on Fox with Martin Short that may or may not be canceled soon. Regardless, he’s a young, fresh comedic voice who is straight up hilarious. He even makes Tom Jones funny.

Can I Get Mine to Go? 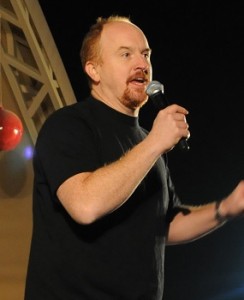 Perhaps the biggest name in comedy today is Louis C.K. Almost everything he writes and performs could be considered one of the best stand up comedy bits of the year. His humor is sharp, biting, and wildly offensive. He makes it relatable, which makes his comedy so brilliant. He’s able to say things we all think and take the mundane and make it hilarious. Just like with Dave Chappelle, picking just one bit is almost impossible, so here’s one where he talks about engaging in clandestine activities with some kids in Kansas City.

9/11 jokes are a dime a dozen with lazy shock comics. So, it takes a true comedic genius to turn the horrific events of September 11th into comedy gold. David Cross is just that genius. In this bit, he transforms the surreal atmosphere of the streets of New York City just days after that national nightmare into a bright setting. His ability to make mundane details into the hilarious centerpieces of his bits are just a small slice of his incredible talent. If Gabriel wants to rollerblade, Gabriel rollerblades.

Let’s face it; there are just too many great comedians out there to compile a representative list. Regardless, these are a few of the best stand up comedy bits out there. What are your favorites?