Mark and I have been discussing the current economic & political crises and what implications they have.

Regarding the mortgage crisis and overall financial meltdown we are in, I was wondering what you think of this following

Then the following link is to the bill that was proposed in 2005 meant to avert much of what we are dealing with right now.‚  http://www.govtrack.us/congress/billtext.xpd?bill=s109-190

I don’t think pointing fingers at Democrats or Republicans is the most productive way to get anything done, but I find it interesting that not much mainstream media is focusing on this little bit of evidence.‚  This problem goes back far beyond just 2005 and goes back to the late 1970s and early 80s probably originating with Carter.‚  Although we could take it all the way back to Roosevelt if we want to.‚  Anyways, just thought I would see what you thought of this article, I found it to be interesting.

PS congrats on your one year anniversary on your blog.

Very interesting article, thanks for sending it to me.‚  The Democrats and Republicans have gone back and forth over the issues of how to set up these big government-backed companies such as Freddie Mac & Fannie Mae for years.‚  It’s going to get a million times worse now that the government is doing this monster trillion dollar bailout.‚  You are correct though that the issues with the financial markets are much more deep-rooted and go back far further than 2005.‚  I think that much of the severe systemic problems with our economy and government can be traced back to the Federal Reserve Act in 1913.‚  President Franklin Roosevelt and his cronies greatly expanded the socialistic regulations and government interventions in the the free marketplace in the 1930s and ever since then the US government has ballooned in size and scope of regulations. 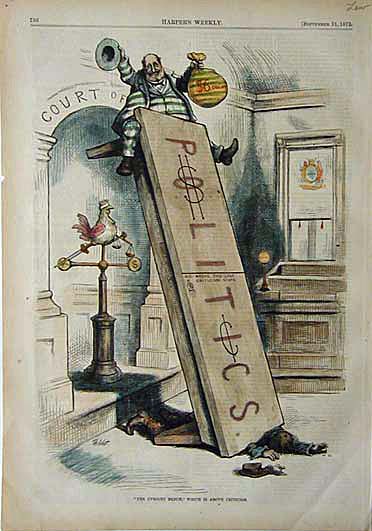 I think that the origination of the theory of using the government to try to solve social and economic problems came back in the 1840’s though when public education was introduced into the United States.‚  No one questions the supposed greatness of universal education anymore, but I think that they should.‚  Public education is a socialistic government program taught by people who do not have free market competition to make them work harder at their jobs.‚  The teachers beg the public for money which is not attached to their performance.‚  Therefore it is in these teachers interests to cram socialist ideas down students throats from a young age… and after a couple of generations, most of the country follows them.‚  I think that that was the true origination of our massively bloated government that we have today.

The basic problem is this: the government is TERRIBLE at running programs with any sort of efficiency.‚  The best situation is one in which the government has virtually no involvement in the free markets.‚  The more the government gets involved, the more it screws things up.‚  People in America have stopped believing in the power of free markets to improve the world around them through basic economic principles such as competition and gains from trade & specialization.

I think that even if that bill had been passed which you mentioned in your article, it would only have brought about a different type of economic decline.‚  The bill just tried to add yet more regulations and supervision and government agencies which would have just screwed things up worse in the long run.‚  The government is terrible at pretty much anything it tries to stick its lazy, corrupt hands into.

I would be interested in hearing your thoughts further on this issue.‚  What do you think? You agree or disagree with me?

I agree with pretty much everything you stated from the issues in the Federal Reserve Act of 1913 to the issues with public education.‚  I certainly agree that the more the government gets involved the more things get screwed up.

I even would agree with you to a certain extent that the bill in the article I linked would possibly lead to some sort of economic decline.

I guess at the bottom of it all, my worldview other than being from a Christian perspective, which you know, I also look at it the same way you do.‚  I see how corrupt big government is, I want it changed, I have lost faith in government, and I want to see change.‚  I believe Obama is destined to destroy some of the most important fundamentals of our economy and country that we still have left in tact (to the small extent that they are in tact).‚  I believe McCain is not the best person on many policies, but he wants to begin eliminating pork barrel spending, cut many government programs, and do away with many corrupt processes in Washington.‚  Do I believe he will actually get a whole lot done with 4 years?‚  Not really, but he could lead us one step in the right direction.

I refuse to believe we are destined for failure in America, even though everything seems to point that way, in this way I am a total optimist.‚  On the other hand, I watch the foolish statements from the politicians in both major parties and am feeling we are doomed.‚  In order to keep hope alive at least for myself, I have to daily trust God is in control first of all, and also aside from the religious aspect, I have to hope that somehow the people we elect can indeed begin stripping some of the layers away from government.‚  If I have to eventually get involved in politics to try to get some things done, so be it. ‚ I may yet get involved in the coming years.‚  But for now I vote and will continue to vote for people I think will bring tiny bits of change rather than those that will continue us farther down the path of destruction.

Hopefully that makes sense, as we talked in Seattle when I last visited, I see this election as the lesser of two evils, I pray that someday soon I can feel 100% good about a politician, but if not, I will continue to try to fight for what is right; smaller government, more effective government, and a country that we can be proud of.

I apologize for being so general in many of my comments, I haven’t been verbalizing any of my thoughts to anyone other than my wife for quite some time so I don’t have the facts memorized yet, and I will continue to research when I have time in order to back up my talking points.‚  I don’t want to imitate the pathetic behavior of modern politicians =)

I always enjoy discussing issues with you Joel.‚  You have allowed me to critically sort out many issues of the past and present with a fresh perspective that keeps me on my toes, I appreciate that about you always.

Thank you for all of your kind words.‚  I love to have someone to debate some of these issues with.‚  Plato has become a bit burned out by all of our economic debates and I don’t have many people locally who enjoy talking about politics & economics that much.

We agree on many, if not most, political and economic issues.‚  However, you made one comment that really stuck out to me as a symptom of why America has been on the decline:

“I may yet get involved in the coming years.‚  But for now I vote and will continue to vote for people I think will bring tiny bits of change rather than those that will continue us farther down the path of destruction.”

Your comment brought to mind a response which has become a cliche, but still holds true: “Evil triumphs when good men do nothing.”‚  I apply this directly to voting: by voting, you are taking part in and confirming the horrible policies and stances that politicians on both side of the aisle take and support.‚  Every time you vote, you are actively helping to build something that you don’t believe in.‚  Republicans… Democrats… they are basically the same thing aside from a few “teaser” issues that they toss out to the public.‚  Your vote only influences things that really don’t matter to the big

picture, like homosexual marriage or whether taxes are raised 2.5% or 3%.‚  Regular voters have no influence on whether or not we invaded Iraq, whether or not AIG, Bear Stearns & Freddie Mac & Fannie Mae got bailed out, etc.‚  Our two party system gives us only an illusion of freedom, while the important decisions are made behind closed doors.‚  Each time you vote, it is giving your implicit endorsement of this oppressive government system.‚  The government steals 1/3 of each of our paychecks at the point of a gun and neither of us has any say in the matter. Our country’s long socialist slide is beginning to increase in speed and if things continue and people just keep saying “I will try to make tiny changes”, America is doomed.‚  Did you know that this $700 billion Ponzi scheme of a bailout is going to cost every man, woman and child in America $2,000?‚  Did you know that every man, woman and child in America already owes $31,000

because of the federal debt?‚  At what debt rate will America become insolvent?‚  I’m not sure, but don’t feed me any crap that the rest of the world relies on us too much to let us fail.‚  Remember people were making the same sort of statements a short while ago- “Housing prices always go up, so you can’t lose” … “Stock market fluctuations this big can only happen once every century” (it has been swinging dangerously up and down several times in the last decade) and so on.‚  Use your common sense- if you were China would you keep loaning money to an insolvent, collapsing country or would you try to move your money to safer places as soon as possible?

So what can we do?‚  I’m still thinking about it.‚  But i’ll tell you one thing, I am scared poopless.‚  There is no safe investment for my money when there is not a safe, stable government.‚  And don’t think for a second that America is still safe and stable… the government is beginning to massively nationalize private companies and is robbing the everyday worker and taxpayer to bail out these mortgage companies, managers and loan officers that made billions while screwing the rest of the country.

The bottom line is that every debt must eventually come due, and after our government gets done bailing out all the businesses and nationalizing private companies, there is going to be no one left to bail out America itself.

Historically, when governments have gone bankrupt they enter severe depressions or go to war with their neighbors or implode into civil war.‚  Everyone gets bored listening to economic & accounting numbers, but these numbers will have a huge impact in our lifetimes that we can’t yet foresee.

5 thoughts on “Discussing the Economic & Political Condition of America”