Possibly one of the best interviews I have ever read… Gore Vidal is an 82 year old man who just doesn’t give a flying rip about anything anymore. The way he interviewed here was nothing short of brilliant, but incredibly anthrophobic (i just made up that word lol)…. read more below. i have inserted my commentary in italics as usual where I found pertinent entertaining points. Thank Jeremy for pointing out this post to me from his blog.

Q: At the age of 82, you will be publishing your new collection of essays this week, which seems likely to confirm your reputation as one of Americaâ€™s last public intellectuals. Why do you think that critics have traditionally praised your essays more than your fiction, which includes â€œBurr,â€ â€œMyra Breckinridgeâ€ and 20 other novels? Thatâ€™s because they donâ€™t know how to read. I canâ€™t name three first-rate literary critics in the United States . Iâ€™m told there are a few hidden away at universities, but they donâ€™t print them in The New YorkTimes.

Wow… what a dude. He starts out the interview by telling his interviewer that he thinks her newspaper is full of worthless literary critics (and something tells me deborah may be a literary critic herself). 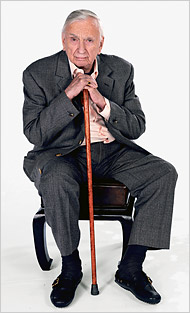 Are you saying your novels have been critically neglected? I donâ€™t even read most reviews, unless there is a potential lawsuit on view. Iâ€™ve never had much attention paid by critics â€” nor has anybody else in the United States of America, as Mr. Obama likes to call it.

And what about Mr. McCain? Disaster. Who started this rumor that he was a war hero? Where does that come from, aside from himself? About his suffering in the prison war camp?

Everyone knows he was a prisoner of war in North Vietnam. Thatâ€™s what he tells us.

Why would you doubt him? Heâ€™s a graduate of Annapolis. I know a lot of the Annapolis breed. Remember, Iâ€™m West Point, where I was born. My father went there.

I think Gore Vidal is bordering on dementia at this point.

So what does that have to do with the U.S. Naval Academy down in Annapolis? The service universities keep track of each other, thatâ€™s all. They have views about each other. And they are very aware of social class and eventually money, since they usually marry it.

How, exactly, is your cousin Al Gore related to you? They keep explaining it to me, and I keep forgetting.

What about your grandfather, Thomas Gore of Oklahoma ? He invented the whole state. It was Indian territory. There was no state until Senator Gore.

I love the way old men like Gore Vidal talk.

In 1968, during the Nixon-Humphrey race, you became the voice of liberalism in a series of televised debates with William Buckley. Any plans to be a pundit at the coming presidential conventions? No.

How did you feel when you heard that Buckley died this year? I thought hell is bound to be a livelier place, as he joins forever those whom he served in life, applauding their prejudices and fanning their hatred.

Nobody can talk smack about the dead who are in hell like a man soon to be there himself.

You live in California , where last month the State Supreme Court overturned the ban on same-sex marriage . As someone who lived with a male companion for 50-plus years, do you see this as a victory for equality? People would ask, How could you live with someone for so long without any problems of any kind? I said, There was no sex.

Were you chaste during those years? Chased by whom?

Are you a supporter of gay marriage? I know nothing about it. I donâ€™t follow that.

Why doesnâ€™t it interest you? The same reason heterosexual marriage doesnâ€™t seem to interest me.

If we look at the situation apart from you â€” Itâ€™s my interview, so weâ€™ve got to stay with me.

Have you ever considered leaving the United States permanently? No, itâ€™s my subject.

Do you read a lot of contemporary fiction these days? Like everyone else, no, I donâ€™t.

Anyone in the 20th century you might have a kind word about? Yes, I liked Italo Calvino, and I thought he was the greatest writer of my time.

Your new collection includes an essay in which you note, â€œCalvino does what very few writers can do: he describes imaginary worlds with the most extraordinary precision and beauty.â€ What about American novelists? Canâ€™t think of one.

I admire Roth. He never became complacent. He had no reason to. Heâ€™s a good comic writer.

What do you think is your own best novel? I donâ€™t answer questions like that. Ever. And you ought not to ask them.

Well, it was a great pleasure talking to you. I doubt that.

Gore Vidal is now one of my personal heroes and I don’t even know anything else about him.

HAHHAHAHAHHAHHAHAHHAAHAHHAHAHA… I love it. Curmudgeony old men crack me up. I will probably be one myself one day. It’s is the duty of bitter old men to voice their opinions and think that the whole world is going to hell in a handbasket.

4 thoughts on “Interview of Gore Vidal In NYTimes”